We are sailing on Ventura this coming Sunday, and I'm reminded of a previous cruise on this ship, where some of my books were on sale.

I had written to P&O asking if they would consider putting my (three books at that time) in the ships libraries, and they referred me to Ocean Books who run the libraries on behalf of P&O. They declined my request, because they only have hard backed books and as mine are paperbacks, they wouldn't meet the format criteria. However, they made an offer to sell my books from the library, the next time we took a P&O cruise.

We had booked the Ventura for a 12 night cruise to the Canary Isles so I informed Ocean Books that I would like to take up their kind offer. They came back with a contract, whereby they would purchase my prescribed number of books from my publisher on the understanding  that I agreed to buy back any unsold books at the end of the cruise.

I told my wife Pat I was prepared to chance selling 50 of each book totalling 150 books in all. With 3,000 plus passengers on board, I thought I would have no problems  shifting that number of my literary works!! When our daughter found out about my sales plan, she said "Dad would you buy a book from a Joe Blogs type guy who you had never heard of?" That made me think I was maybe being just a tad optimistic, so I reduced the numbers to 15 off each book.

When we embarked the ship, I made my way to the library and sure enough there was a brown cardboard box containing my 45 books. The Librarian informed me that the books would only be on sale during library opening hours on sea days, and what they hadn't told me was there was another guy on the ship who was also selling his newly published autobiography. The guy was a famous ex-footballer, who I had never heard of, as I have never had any interest in  the game whatsoever.

When my books and his went on display, Pat and I sat nearby observing what would happen, and it didn't fill me with any confidence at all. His books were going like hot cakes and mine were attracting very little interest, apart from the occasional glance, but there were no sales.

On the last sea day, the famous ex-footballer held a book signing session and they were bringing out boxes full of his books for him to autograph. Passengers were queuing up to have their photograph taken with this guy and I could see he was making a mint from his volume book sales. I must admit, the thought did cross my mind as how good was his swimming!!

Before leaving the ship I had to report to the Librarian who met me with the box in which my 45 books had been delivered, and she gave me the very unpalatable news. They had sold a total of four books, but even worse, one had been stolen, which meant I had to buy back 40 books and cart them all the way home. Pat was not best pleased and by the time we arrived home I was suffering from severe earache.

A few days following our return home an invoice arrived from Ocean Books and the earache continued. However, this true story has a happy ending, because a few weeks later I received a telephone call from an independent bookseller in Staffordshire who asked whether I had any of books for him to purchase. He had contacted my publisher, but they wouldn't give him the margin he was seeking. "As it happens," I said, "I have 40 you can have," and he took the lot!!

I am looking forward to our forthcoming cruise to the Greek Islands but for obvious reasons, my books will not be on sale. I have just had some of my books available from Amazon as free kindles, and 140 went in double quick time. If I could sell as many as I can give away, life would be very different, but still I keep churning them out despite the low levels of demand!!

Have a nice day - Silverfox Back from our cruise and I am pleased to report that this was one of our best ever cruising experience. Once again we were blessed with really nice dining companions, namely - Gina & Tony, who provided excellent company and kept us amused.

I am attaching a few photos herewith 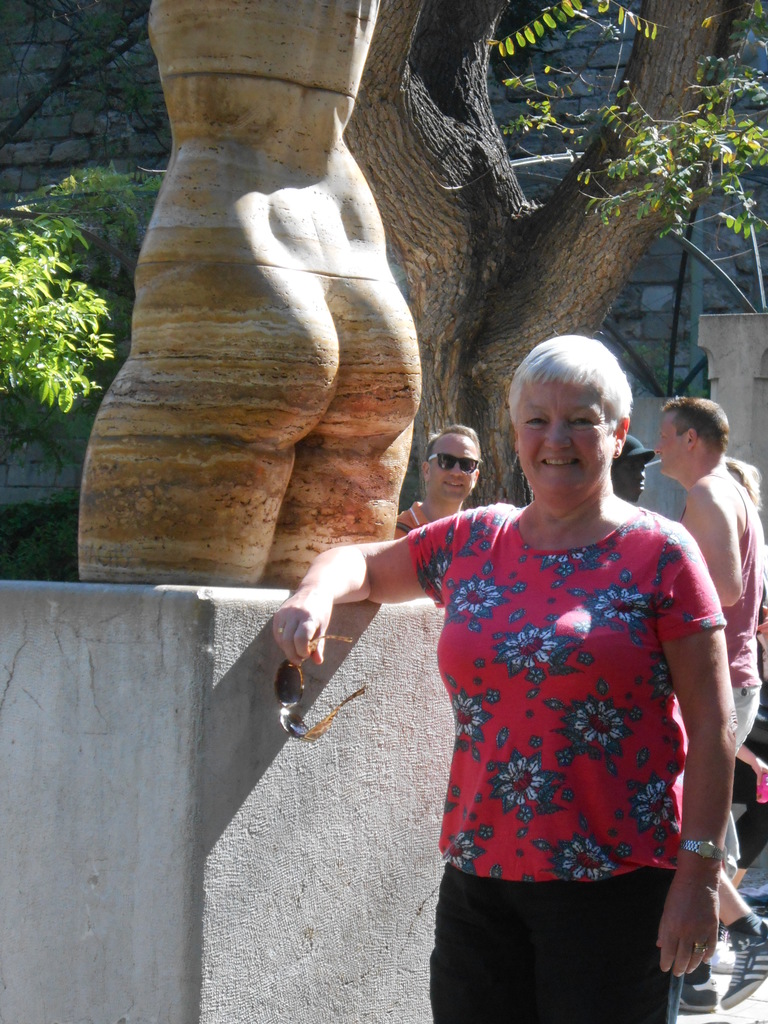 An Easter display on board Ventura

Hi SilverFox Well so good to hear you enjoyed your cruise! Love the photo's, you look like you had good weather as well! I'm back on board Ventura in June along with my lovely new friend, Betty, whom I met on Ventura in February. So when we return will update all.

You need to be a member of Sixtyplusurfers Chat and Socialise page to add comments!