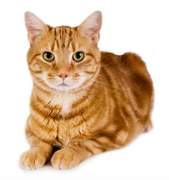 This page is for people who have pets or love animals

In June I had to have my beautiful cat Bobby put to sleep he was 10 and I was devastated, my two dogs Rosie 13 and Tuppence 12 really miss him he kept them on their toes, the week after Rosie was…Continue

Morning all just wanted to join you all in the love for our pets.I am relatively new to this board but am enjoying my time here :)Just wanted to highlight…Continue

Thank you Jenny, sadly we lost her just before Christmas 2012

I miss her like mad she was so loving and friendly. when I have some time I'll let you know the reason why we bought her in the first place, a nice story perhaps some would like to hear.

What a shame. She does look a very friendly and affectionate dog. It would be lovely to hear the story about her when you have time one day. Jenny 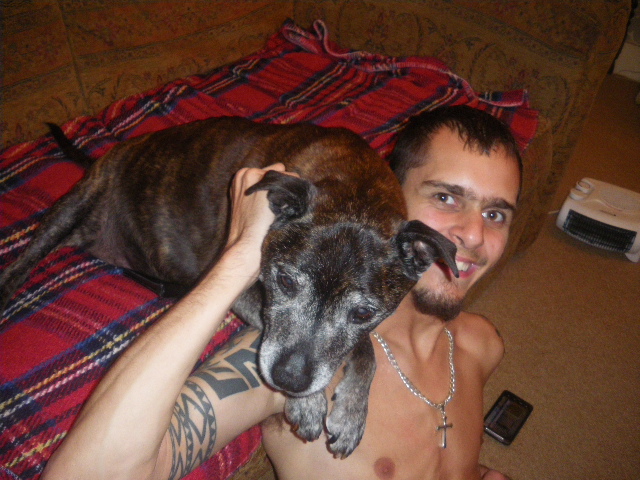 Our son Tommy was just nine years old and not coping at all with his Cerebral Palsy. He was the only child in his school with a disability and watching the others kids run around made him more awear of his limitations, Tommy's speech was very poor too so it was hard for him to even chat to the other kids. Tommy became a sad little boy who rarely smiled, like any parents we were worried sick about him, and although we tried allsorts to cheer him up nothing worked for long. We'd been a pet free family for years, but we remembered what fun our two eldest use to have with our dog (Michael Jackson, Jacks for short) Our son was a big fan of Michaels at the time. It got me thinking about getting a puppy, but could I cope with three kids and a puppy? caring for Tommy and the two eldest took up a lot of my time, a puppy needs lots of love and attention too, would it be fair on a puppy? but I'd had dogs all my life and knew what a joy they could bring to a family. I thought long and very hard but I kept imagening Tommy laughing and playing with this cute little bundle, a little Shih Tzu perhaps and just the right size! Then hubby said, what about a Staffordshire bull terrier? WHAT!!! are you mad? a strong dangerous dog like those around a disabled child NO WAY!!. But the more I looked into the breed and I spoke to a lot of Staffy owners I found myself changing my mind. After visiting several breeders we chose Georgie, well in fact we chose each other. Tommy knew nothing of our plan, so when we took Georgie home Tommy was in the kitchen steading himself against the kitchen wall, I took Georgie from behind my back and said, SURPRISE!!! Only I didn't get the reaction from Tommy I was expecting, on seeing the puppy he burst into tears, he slid down the wall onto his bottom and just cried his eyes out into his hands, Tommy's dad lifted him up into his arms and asked Tommy what was wrong, Tommy told us he was crying because he was so happy and that this was the best day of his life (bless him) and WHEW!!! for us. from that day on Georgie and Tommy were best friends, Tommy would sit and chat to Georgie she didn't care that Tommy was unable to speak clearly, best of all she made Tommy laugh every day, they had many many fun times together and every body loved this gentle, kind, faithful dog. Sadly on the 20th December 2011 at 2.15pm our old darling had to be put to sleep, my godness how it broke our hearts. that day we took her for her last walk in her favorite park and watch as our old girl plodded along, and knew in our hearts the time was right, she'd been unwell for a good while now and it was Georgie we had to think of, not our feelings. After her walk we took her home and gave her as many of her favorite naughty treats as she wanted, she ate two KitKats, a packet of ham, and loads of cheese. tired out from her walk and her treat binge we lifted her onto the sofa her favorite spot and she went into a deep sleep, when the vet came to put her to sleep she didn't even disturb and passed away very peacefully aged 16 years. I know we've said it before but definitely NO MORE dogs for us, Georgie is irreplaceble. My eldest bought a English bull terrier puppy about eight months ago (Stan) he is as mad as they come and totally different to Georgie, but i'll doggy sit when needed so I do get a little doggy fix now and then, but like the grandkids we love having Stan (Don't we know how to name our dogs? HA HA) but boy is it good to send him back to him mummy and daddy!

What a touching story.  Pets are a great comfort to all sorts of people as they love unconditionally and respond to our affection. 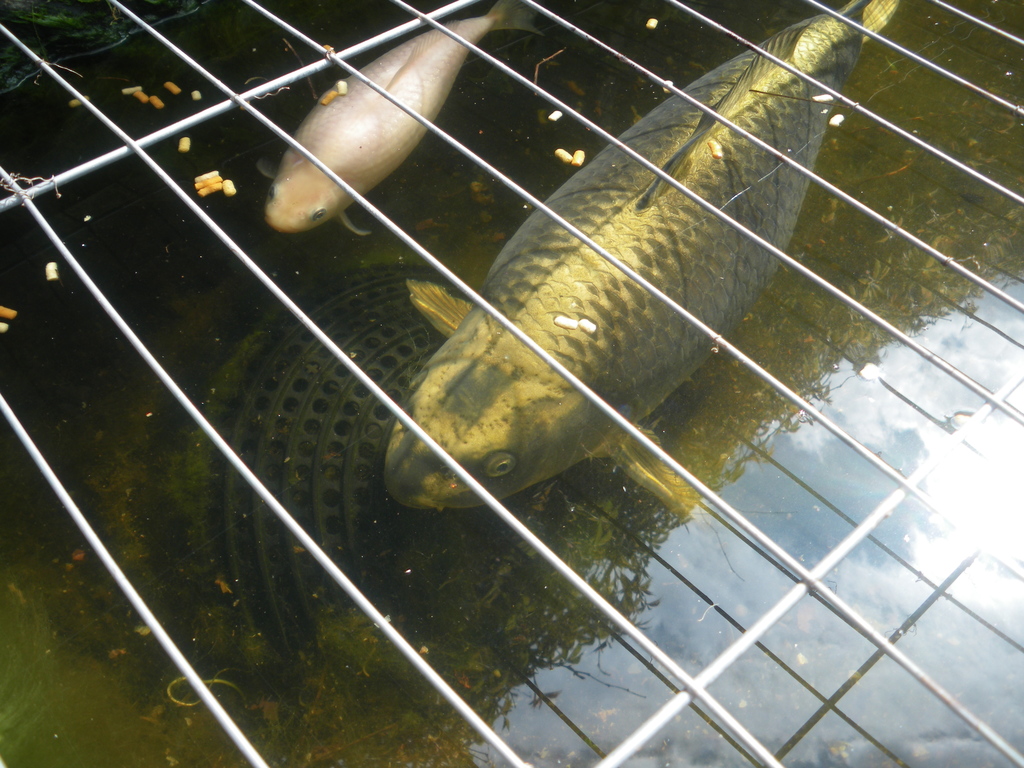 The photo of the large fish doesn't do justice to it size, we won it at a fair many years ago and it was a tiny little thing, we didn't have a clue what sort of fish it was, but It soon started to grow rapidly, so my husband built it a pond in the garden. Last year we realised that this pond was getting far to small, so we looked into buying a large carp pool, although expencive for just a couple of fish hubby was attached to them and didn't want to give them away. We found just the right pool we wanted, we were going to buy it right away, but then decided to go home to take some final measurements before buying it as we couldn't return it once bought. The next morning I went out in the garden to feed the fish and the big carp had died, we just couldn't believe it. Even though sad to loose our fish we were glad we didn't spend out the hundreds of pounds on the pool the day before. The little one was lonley without his friend so my hubby gave him to a neighbour who has a lovely big pond. They break your heart don't they!

Hello. I want to tell you about my mate Toby. I went to our local branch of The Dog's Trust as I had finally retired and had time to devote to a doggy chum. I'd had cats while I was working because they could be left during the day but I didn't think it was fair on dogs to be left. Anyway, off I went not expecting to achieve anything that day but I was introduced to a little terrier who was being kept in the reception area because he was blind and the other dogs bullied him. Well, that was it, I took one look at him and thought, "He could do worse than live with me!" . I did all the paperwork, had a homecheck visit and then went to collect him. We've been mates now for just over a year and I couldn't wish for a better friend. He's as potty as I am, looks as weird as me and when we go out our friends in the town call us the lame leading the blind, but in a nice way! 'Image0043.jpg

Here's a picture of him, he was bored with whatever I was watching on TV!

Update on my mate Toby. He is finally learning how to play. I don't know anything about his background but when we met he didn't play or run about. Just this month he has started to play and romp a bit; it's been a long time coming but I'm nothing if not persistent (my friends say stubborn). Anyroadup, he will play with me but he's still not interested in toys. Oh well, I'll keep working with him and see what we can achieve between us.

This is my lovely Shih Tzu.. Jack 3yrs old on the 27th july (no cards please just biscuits he says) We got him at 8 weeks old he great with everybody friendly playful loveable best retirement present I got. 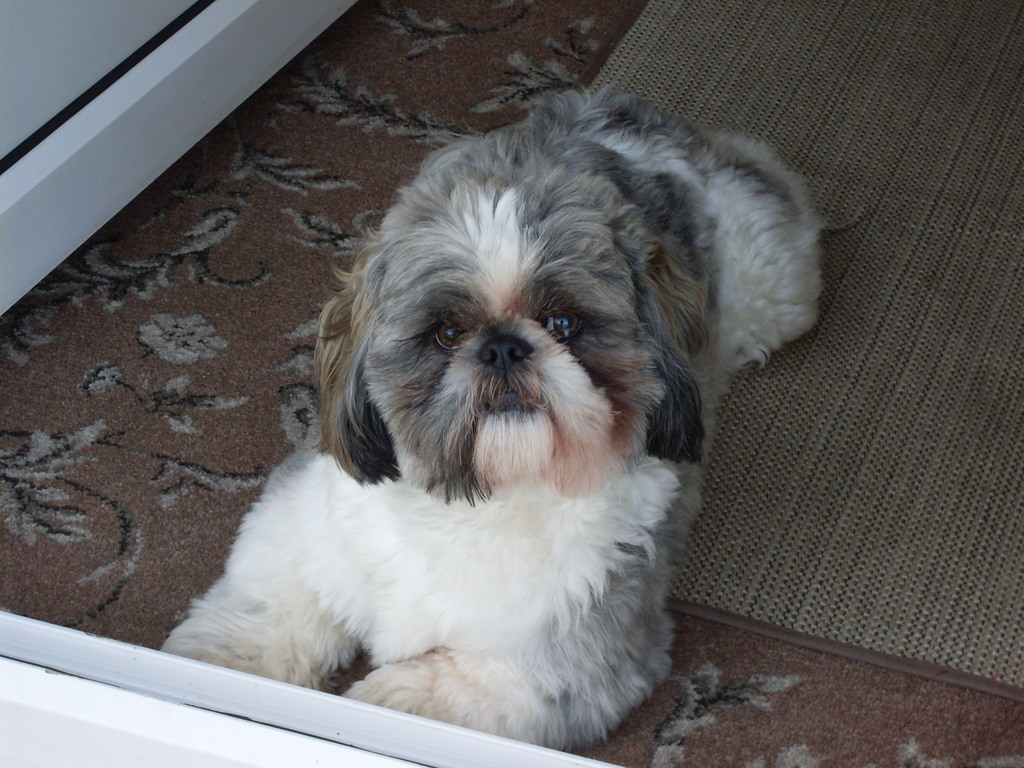 You need to be a member of Your Pets to add comments!