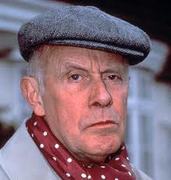 This group is for people who want to have a good 'moan' about things that annoy them such a bad grammar, call centres, traffic wardens etc ..... anything which drives you mad.

I hate the very widespread practice of pricing items in 9’s is an obvious attempt to fool you into thinking they are actually much cheaper than they are, and is an insult to your…Continue

I am sorry to have irritated your trifle. I hope my words did not curdle the milk you used in it.

Life has told me that sadly a majority or people respond with a reaction of 'which planet are you from?' when I speak with an element of erudition. Please accept my apologies for inadvertently putting you, and all others similarly dissed (keep it modern), in the same bucket.

I continue to wage war with the Post Office's Spanish Inquisition about the contents of any parcel I wish to send - I sell a few bits on ebay,

On being asked this week the contents of three packages I was sending, I ventured that it was not a legal requirement, only a request, for them to ask me the contents. They said it was a legal requirement - I'd checked, and it isn't. I countered - well I was at the counter - by saying there was no requirement for me to tell the truth about the contents, and that no evil doer would admit to sending a bomb in the post

The contents became 'strawberries' in each instance, which was greeted with disdain, and grim acceptance by the dragon on the other side..

May seem petty, but the whole concept is so silly.

Next time I think I'll say it's a cheque, and wait for them to ask whether it's a gingham check, Burberry check, or Scottish plaid, and whether there's a battery in it.

Will take the battery with a pinch of salt.

No offence taken, I may have got out of the wrong side of bed that morning - I too like playing with words.

Mind you, I might be known to growl if I'm at the back of a long post office queue and you're at the counter causing an international incident.  (only joking).  Thanks for your forbearance.

I look forward to bandying words.

A motoring one, once again:

When a road is 'top dressed' they (who?) put signs saying 20 MPH SKID RISK.

I try to keep my speed down, perhaps not quite to 20MPH. I make these points:

2/ there is no END sign. Whilst it's bleedin' obvious where the top dressing ends, there's no sign to resume legal speed at the end, inferring one should carry on at 20MPH in perpetuity.

You will be pleased to know that the strawberry season has finished here, so that if you should have the mischance to visit Silverhill Post Office and see a queue extending into the street outside, you will be assured it's not down to me.

However, the courgettes are doing very well, so my future misanthropy can be expected when I give them a raspberry.........

I don't buy a lot of stuff when I go to the supermarket, and as it's not a big one, only a lidl one, I I can work out what I owe whilst waiting to pay. My tendering a bunch of coins as opposed to a large note seems to give the cashier a sharp exhale of breath, as it's necessary to add it all up, rather than be told by t'computer to give customer (say) £2.28 change. They seems to be flummoxed by my mental audacity to reach the amount due ahead of the till.

And they don't charge for an empty box to take the stuff away in either.....

This time it's youtube in the firing line, for putting unsolicited adverts at the front of things I want to watch.

Most of the times you can kill the ads within 5 seconds, so what;s the point, except to kiss people off (oops my typing)....

Big up, on the other hand, to the supermarket cashiers who have the perspicacity to unfold their plastic bags before their next customer starts to struggle to deal with them.... they always get a Thank You in recognition.

The postman here presses the buzzer here for at least 15 seconds if he's got a parcel for me.

Is this because he's tired and wants something to lean against?

Is it because he thinks I'm nearly deaf (I soon will be at this rate)?

Or is it because he thinks because the longer he rings, the more I'll realise it's an Emergency that demands my Immediate Action, without which he'd have to lug the package all the way back to the sorting office.

The jury's out, although I'm normally in, getting deafened....

Further to the story above, the postman pressed the buzzer early today, unusual as it was wet and very windy. Indeed, I was only in my dressing gown.

In the light of the Brooks Newmark scandal, I therefore need to make one thing clear. Stories of my dressing gown blowing open, exposing myself to the postman, are simply a load of old cock.

I'll be leaving, then.

No doubt they'll ask, "Has it got batteries in it?"" to which I will gleefully answer, "Yes. it's a bleedin' dictionary!" and wait for their reply.......

As you will know, I'm a great music fan, and view a lot of music on youtube. I will refrain (you'll be pleased to hear) from recommending music to you tonight.

However, I'm a bit cheesed off (politeness is my watchword) at seeing a youtube pop-up 'Cover Your  Funeral Costs".

At the moment I've got neither foot in the grave, I'm in rude (?) health, and I'm studiously avoiding snuffing it, other than writing a will, etc., in deference to the local buses.

The last thing I need is youtube suggesting I'm on death's door.

You need to be a member of Grumpy Corner to add comments!