Tell us about your favourite book and why you like it

What is your favourite book?

Tell us about your favourite book and why you like it

One of my favourite books is Black Beauty by Anna Sewell - I read it as a child and still have a copy on my bookshelf to go back to every so often.  Continue

I have just started reading Ann Cleeves' books and I love all her books.  Sometimes when you get free e-books they are such rubbish - from the content to the editing and the proof reading or rather…Continue

Terry Pratchett's Colour of Magic is such a wonderful book.  It introduces you to a wonderful new world, though I think you need a slightly warped sense of humour to appreciate it. Now I look forward…Continue

Probably To Kill a Mockingbird.  Loved it when I was about 15 and have re-read it a number of times since and still love it.  One of those almost timeless, classic books.  It has so many lessons to…Continue

sorry here is the photo for the comment above 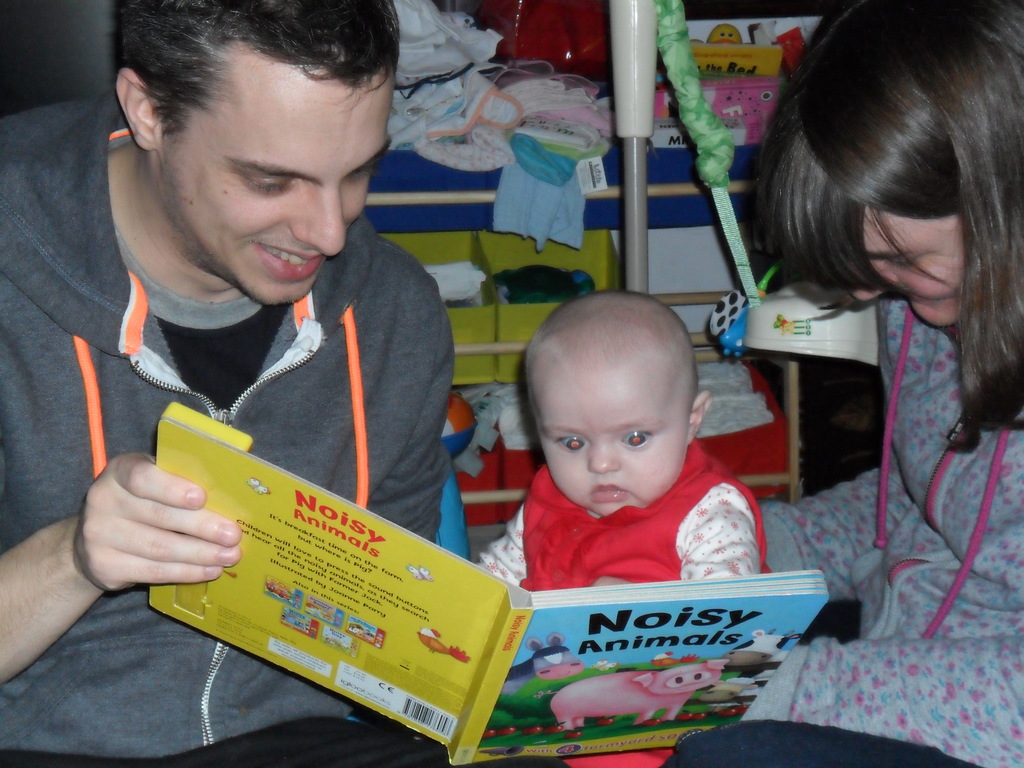 So difficult to name a favourite book when taste and lifestyle have changed over the years.  However my favourite recent read has to be Wild Swans: Three daughters of China by Jung Chang. What really touched me was the brutality of the Mao cultural revolution. While Jung Chang  was visiting her parents in the harsh detention camps and giving up her meagre food rations to help keep them alive, I was at university and absorbed by the music of the sixties!! I was completely unaware of what was happening at that time in China. Like most people, I'd heard of Mao and his red book but had no idea of the restrictive effect it had on the life in China.Having read this amazing book about 3 generations of women I really appreciate the freedom I often take for granted here in the UK.

I have always been a book-worm. As I tell my husband , there are so many books and so little time left!! In spite of this I re-read my favourites and hang on to them.

One such is "Good Omens" by Terry Pratchett and Neil Gaiman. (Both still write and Sir Terry is well-known for his Disk series, other favourites of mine)

Whenever I feel "down" I reach for "Good Omens" as I know it is guaranteed to make me laugh. The subject matter. the coming of the Anti-Christ would seem to contradict this , but in the authors' capable hands the whole subject becomes a positive, laugh-aloud scenario at which no one can take offence.

Two Demons have been on Earth for centuries. Aziraphale has been sent from what we call "Heaven"; Crowley from Hell. Over the years they have become friendly so when they are told they must prepare for Armageddon  they are thrown into a panic. Earth has become dear to them, Aziraphale with his book-shop and Crowley with his beloved 1926 Bentley.

The anti-Christ babe, who should have been handed over to the American Ambassador's wife ends up as Adam, the child of an ordinary middle class family, and a kind of William Brown character complete with Gang.

To prevent Armageddon, and, following the prophecies of a local witch. Agnes Nutter, the two demons try to track down Adam's whereabouts, helped, and hindered, by various characters, all of them memorable, hilarious and kindly, apart from the Four Horsmen of the Apocalypse.

I bought this book quite by chance and was rather put off by the first few paragraphs, so much so I put it away as a "daft" purchase. Then, one day. desperate for something to read, I tackled it again and couldn't put it down.

I refuse to lend my first edition hard back but I have bougth several paperback copies for friends.  Do read it if you want a good laugh. Don't take my word for it. Visit the Amazon website where you will find that over 900 reviewers have given the book top stars.

QUOTE from the book:

“What’s your name, lad?”
“Newton. Newton Pulsifer.”
“LUCIFER? What’s that you say? Are ye of the Spawn of Darkness, a tempting beguiling creature from the pit, wanton limbs steaming from the fleshpots of Hades, in tortured and lubricious thrall to your Stygian and hellish masters?”
“That’s Pulsifer,” explained Newton. “With a P. I don’t know about the other stuff, but we come from Surrey.”

A favourite author I stumbled across is Stephanie Calman.  I read her book Confessions of a Bad Mother at the time I was struggling as a single parent, and when you always feel you are not doing a good enough job. I laughed out loud. I could relate to the book completely.  I sought out her other books Confessions of a failed grown up, and more recently 'how not to murder your mother' and 'how not to murder your husband'.

She's got the ins and outs of family right down to a fine art, and if you want a good read, and to cheer yourself up, and laugh outrageously, try these.

They are books I've kept on my bookshelf and can read again and again :-)

My favourite book is The Book Thief by Markus Zuzak. Although it is classed as a childrens or young adult book it is a great story.

The book is about the life 9 year old Liesel who lives with foster parents in Nazi Germany after her communist parents are sent to a concentration camp.

Liesels first book is The Gravediggers Manual which she stole whilst at her brothers funeral. This leads to a love of reading and she steals books from the mayors private library.

The book is narrated by death and needless to say a lot of people will die. In fact Death is kept very busy as a rsult of the war.

Despite the marcabre setting this is an enjoyable book with a lot of positives.

If you enjoyed The Boy In The Striped Pyjamas ou will probably enjoy this book as well. Just don't let the fact that it is supoosed to be a childrens/young adult book deter you from reading it, after all lots of adults read and enjoyed Harry Potter.

i thought I would tell you about a book that I have read recently,  it's one that I am recommending to others, ‘Pigeon English’ by Stephen Kelman.  I knew nothing about this book before I started to read it and I’m glad that everything was such a surprise to me (sometimes pleasant and sometimes not).  It’s written from a child’s point of view as the narrator, Harri, is an 11 year old boy whose family come to England from Ghana.  His view of multi-cultural England, the oddities of the English language, immigration, poverty and the violent, gang driven environment in which he is living  are refreshingly naïve,  he takes for granted situations that I would find horrifying and this book gave me a new insight into what it must be like to face social prejudice daily.  It’s a grim tale and should have been a depressing read but Harri’s commentary makes it funny, human and very real.  I wasn’t aware of the origins of this novel until after I read the last chapter, something that I was grateful about as the ending came as a total shock to me. Although not my all time favourite It is my favourite new novel at the moment because I work with teenagers, some of whom have come to England to escape injustices in other parts of the world, and I can see a little bit of Harri in all of them.

My favourite book growing up was The Faraway Tree collection. I had a very vivid imagination as a child and I loved to just get lost in the stories.

My prize Kobo e-reader arrived this morning.  Thank you so much for choosing my entry Jenny.  It's small and light and will be so easy to carry around with me.

Hi Judy, thank you for letting us know the Kobo eReader arrived safely. I hope you enjoy using it and get to read some interesting new books.

Oh well done, Judy. Now all you need is TIME!!

Some interesting suggestions in this section. I don't belong to a library these days so I have to rely on recommendations.

You need to be a member of Book Worms to add comments!