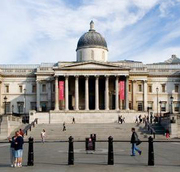 Tell us about your favourite place to visit such as a museum you like, art gallery, stately home, local park, beach, harbour or other place of interest. The best entry will win a set of Tea Time Goodies from Dotcomgiftshop including a Regency Rose Teapot, Cake Stand and Cup & Saucer

I love visiting places in England, the little hidden gems in the country like the stunning views of the minack theatre in Cornwall, its constructed above a gully with a rocky granite outcrop jutting into the sea. Also, the beautiful view from the top of the deliciously named Cheddar Gorge in Somerset's Mendip Hills.

I love Weston-Super-Mare. My parents started taking me in the 1950s. I took my son when he was young. Firstly with my parents and then having lost them just the two of us. I did not go for many years but having watched "The Cafe" on Sky I longed to go back but was unable to afford to.However just before I retired I was made redundant and I was able to take my son, his partner and five grandchildren. It was so nice to see how much it had been renovated. I felt such a connection to my childhood it was quite moving at times. I don't know if we will ever be able to return but I do hope so.It seems an unlikely spiritual home but it is mine!

My favourite place is the Tropical World at Roundhay Park in Leeds. I can't walk about too much and this is the ideal place to take the grandchildren to while away a couple of hours. There is a nominal charge for entry and you really need to make sure you have something summery to wear as the temperature is very hot due to the flowers and animal inside. The children love the waterfall that they can stand under and the spiders and snakes in their glass cages are a hit too. As you are walkig round there are butterfies all around you like a butterfly house and some beautiful tropical plants. The aquarium is a big attraction too as they have 'normal' fish and also the tropical ones. Who can fail to smile at the Merrkats though watching you from behind a fence they are almost touchable and they seem to follow the children when they go up and down thier enclosure.I used to take my children when they were young and now I am taking my grandchildren who seem to enjoy it even though it isnt 'electonic' and on ipad.We do go plenty of other places but they love this and just over the road is the large park with the lakes and small fair whats not to love?

Our favourite place in England is Rye East Sussex is hard to believe that this town was once an island & in the early 14th century one of the most important ports on the south coast. In 1377 the French burnt the town to the ground destorying all most all of its timber buildings so a set of defence walls were built & four defence gates the only defence gate still standing is the Landgate arch & this makes for a real impressive entrance into Rye high street. As you pass through the arch on the left side is Rye lodge hotel a very popular place to stay, run by the Courcy family they pride themselves on giving a 1st class service, breakfast is pretty good too as is the indoor pool, & the views across the estuary are lovely. As you walk past Rye lodge you turn the bend into Rye high street with its quaint shops, galleries, antique shops, tea rooms & old pubs, although we like the high street it's the cobbled streets off the high street we love the most with their timber clad houses & little shops, our favourite street is Mermaid street for its rickety old houses & the Mermaid inn one of Englands oldest & loveliest inns rebuilt in 1420 & having Norman cellars dating back to 1156 the inn is steeped in history & plenty of mystery too with stories of smugglers & ghosts, there are secret passage ways & secret stairways throughout the inn above the fireplace in the bar is a hidden priest's hole. In rooms 1-5-10-16-17 & 19 there are famous stories of spooky goings on. St Mary's Church is another lovely place to visit many a wedding proposal has taken place at the top of the church tower, & the views of Rye and beyond from the tower are amazing. & in the slim chance you get bored with Rye nearby you'll find 1066 country with Battle Abbey, Cambersands (Lovely sandy beach) Windchelsea beach when during low tide you'll see a fossilised forest. Rye is a great place to have a stroll around there are hidden delights everywhere.

Think my favourite place has to be Candolim beach in Goa at sunset with the differents colours of the sky and the waves lapping the shore .oh and a cold drink as well

Now isn't that amazing! I'd prepared a favourite place post about Rye myself last night, but left it overnight to see whether I wanted to make any changes - then your post came in!

In fairness, my post would be very different, not as history based, and more facilities based, so they would in fact sit well together.

Just don't want to be accused of stealing your thunder......!

Oh my goodness stillahippie, I'm sure your post on Rye would not steal anyones thunder especially not mine, as there is so much more to be said about such a lovely area that I found hard to put into words. I'd never heard of Rye 20 years ago not until my mum moved down to nearby broadoak, & there are so many facilities as you say, to be honest it was probably easier to go for the small amount of history that i knew about Rye. What a lovely part of the country & my goodness what friendly people too! So looking forward to your post on Rye.

Many thanks, Crafter, for your kind remarks. I moved down to here, St. Leonards, last year partly as it was near to Rye, which I've known since 1986. Oh well, I'll upload my Rye comments now - and we can wait for everyone else to pay a visit!

To many people, Rye is just a small town on the Kent/Sussex border, near the coast and one of the Cinque Ports.

But let me explain, there's a tremendous variety of life to observe and interests to pursue.

We originally went ot Camber Sands on a holiday camp break, principally as there's a huge beach - yes' it's seven miles long. There's no jostling for space here! The beach is clean and flat, so it's children-safe; there's no charge for car parking, and it's peaceful.

We visited Rye, and I was immediately taken by its quaint character. The shops open only from 10 - 4;the ladies of the town carry wicker shopping baskets and say, "Good Morning, Mrs Smith," "Good morning Mrs Brown," in a way of formality that has its own timewarp charm. Rye was once on the coast, but the sea has ,receded and now it is inland, with a river connection for the fishermen to land their catches and sell them to the public.

The town is famous in literary terms as being the setting for the Mapp and Lucia books by E F Benson, who was mayor of Rye in the late 1920s. The books were turned into a TV series starring Prunella Scales and Geraldine McEwan, which was filmed in the town and which I heartily recommend, and tour guides of the properties used are available locally.

There are fabulous views to be had from the top of the church tower, both inland towards the sea - the climb's well worth it. Afterwards, the eat-in chippie halfway down the hill is excellent - locally caught fish too!

There's a plethora of antique and curio shops, galleries, plus there is an Arts Festival for two weeks in September.

If this all seems too busy, then I entreat you to visit Romney Marsh and experience the sheer wild rawness of it. It is hard to believe you're only 70 miles from the bustle of London. There are plants that grow here, and on the many miles of shingle, that don't grow anywhere else in the UK, an amazing silence broken only by the waves at the water's edge and the sound of the miniature steam trains that run from Dungeness to Hythe, along the coast. From the train at this time of year you can see all the fields of Romney sheep and their newborn lambs.

A brilliant activity - trial sessions are available - is Land Yachting, which takes place on the beach at Greatstone on Sea. Land Yachting is similar to sea yachting, except you can't drown; you just get rather sandy by the end of the session on the three-wheeled buggies with a sail and no brakes....

Rye really is a 'best kept secret' town - well it was, untiI I told you!

You need to be a member of Favourite Places to add comments!